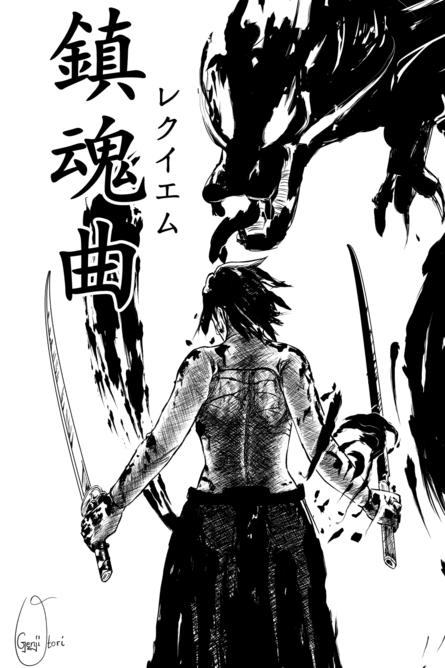 Requiem is the one-shot to Blood Stained Snow.

In a war ridden world ruled by dragons human life has little value. Countless bodies of brave soldiers are claimed by death. With one of those nameless casuality: the older brother of Kenji.

Kenji, not accepting the harsh reality of the loss and meaninglessness, blames the warrior Rikka for the death. But at the same time a new threat arrise as a foe enters the village to claim it as his. Can Kenji stand his ground and protect the memento of his brother?