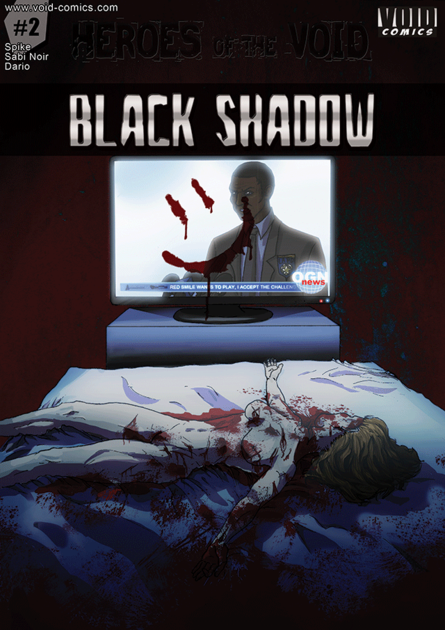 A notorious serial killer known as Red Smile is at large - for years he evades and even taunts the police with his riddles and codes daring them to catch him before he kills his next victim. Brian Warner and his partner Marcus Reed are the two cops to hunt Red Smile down.

But Brian has an ace up his sleeve. An online manhunt urges the entire country to join in with any information regarding the identity of the killer. Red Smile, however, is also treading new grounds, as he created the Red Shirts, gangs of thugs and murderers that all operate under one banner: To make their idol, Red Smile himself proud!

Set in this world is the story of Black Shadow, a lone vigilante with only one goal: Stop Red Smile, his Red Shirts and bring down anyone who threatens the safety of the people of Los Angeles.

The police however, especially Marcus Reed, are not happy about a vigilante in their city and some even consider him to be as dangerous as Red Smile himself...