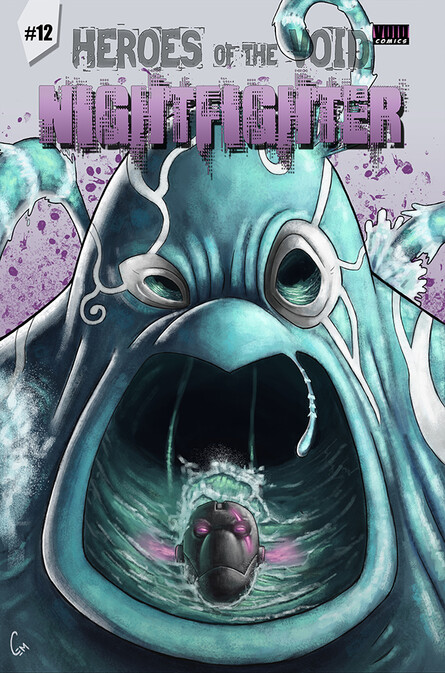 Thomas Simmons was working on an experimental suit his father built when an explosion burned him alive. However, Thomas survived thanks to the suit he was working on and got help from strangers Nightstar and Shin. He became the superhero Nightfighter. Together they now fight for those who can’t fight on their own. Nightfighter and Nightstar were experimenting with his suit when they were attacked by Skeeters and in the resulting fight they got separated when Nightstar fell into the sewers...