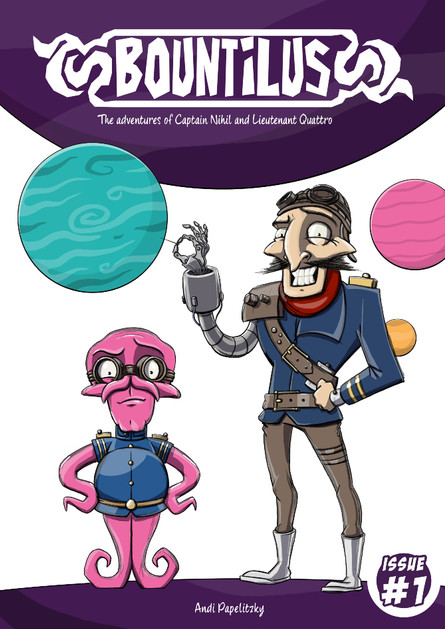 Join Space Captain Nihil and his loyal Lieutenant Quattro on their adventures aboard the Space-Taxi, the Bountilus. They stumble from one adventure into the next, exploring alien worlds, encountering strange characters – never getting worked up by anything or anyone at that.

In Volume 1 of this exciting space saga, the two are directed to Earth by a seemingly innocuous radio message, from where they start (after initial difficulties) on a journey across the universe, on a mission from which allegedly the well-being of the entire galaxy depends on...