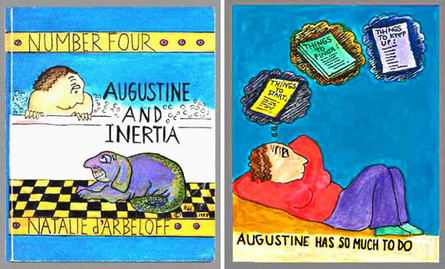 Augustine's paper life began in 1984 but since she is my alter ego, she's been with me forever. From 1984 to 1988 I drew, published and distributed a series of ten booklets titled: "Small Packages: The Augustine Adventures". The originals were black line only but I've since coloured them.